I can't believe that my last post to my blog was almost exactly a year ago on October 6th, 2011.  So much has happened since then and I felt I should come on here and tell y'all about it before you all assumed that I disappeared or was sucked into the Bermuda Triangle or something.

As most of you know, my mother passed away in April 2011.  I was fortunate enough to be able to purchase my dream home with what mom provided me and I have spent the last 9 months working on a lifesize home instead of my miniatures. 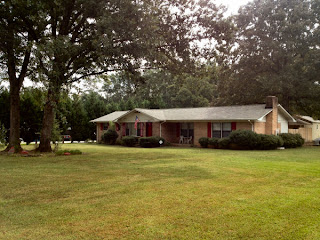 The home had been vacant for over a year and was neglected. What was advertised as an inground pool in the fenced backyard should have read "large swamp-like hole in the ground surrounded by a rickety and falling fence".   This poor beautiful house needed a new roof, new yard, new and redone flooring, all new paint, plumbing work and some electrical, and a ton of other stuff.
However, one of the things that we really liked was the fact that not much had been done to the home since 1964 when it was originally built.  I had always wanted a vintage home and this was the one. From the day I saw it (Christmas Eve morning, 2011) I knew I wanted it.  It would take everything I had and then some to buy it and fix it up, but there was something about the home that was calling to me.  It wasn't until after we had purchased and started fixing it up that I found out some interesting news.  I met the sister of the man who used to own the house and raised three children in it.  He was diagnosed with Leukemia and fought his cancer battle for over eight years before it finally took him.  He made sure his family was all taken care of and then in his will he asked that the house he loved for so many years was to be forclosed on. He said that he wanted to make sure that someone would be able to purchase the home and hoped it would be someone that would love it as much as he did.  Mr. Satterwhite, I can assure you that I absolutely love your home and it is truly a dream come true for me.
I'm still working on fixing it up so we can move into it, but that day is getting closer and closer.  I promise that one day I'll be working on miniatures again.  I'm excited about some ideas that I have been playing around with and making notes.  My brain is always going and I don't think smelling all those construction fumes and inhaling sawdust does anything to help with that. HAHA
In closing, here are some pics of our new home.  Sure don't look like nine months of work. Thanks for letting me share them with you and I hope you will be hearing from me again soon. 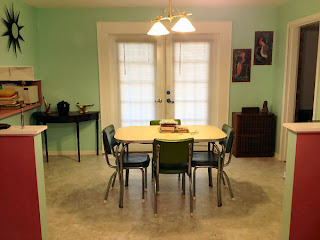 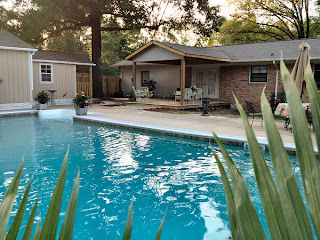 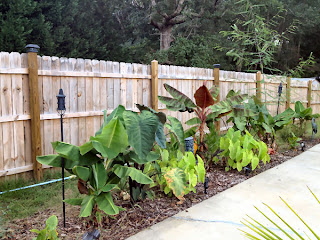 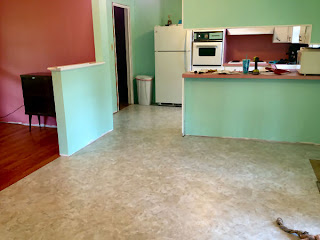